Why is sperm health important?

When it comes to Fertility treatment, It’s almost always the woman who’s in contact with me, looking for help. When I then ask her what her partners’ sperm health is like, almost 100% of the time the answer I get back from her is, “oh they are fine”.

What I have learned from working in this field for over 10 years now is that you must always question everything. Because then, when I ask to see the sperm test result figures, they are almost always far from being fine. In fact, they are often terrible.

Now I have a pretty solid theory as to why this is. It’s because a medical doctor is thinking:

“Is this sperm good enough for IVF treatment, yes or no?”

But what they aren’t thinking is,

“Is it good enough for natural fertility”

The reason being is that with IVF treatment you can cherry pick the sperm. This means that the sperm morphology for example can be as low as 3% and it may be less of an issue. It is also assumed in the current medical system that sperm cannot be improved.  However, I have seen it improve, which I am going to show you later in this post.

What do the sperm test results really mean? 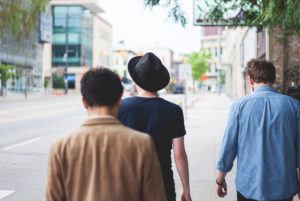 Just to be clear, with IVF having less than a 30% success rate on average, it’s not a given that IVF will give you a baby if the sperm is poor.

What almost all my clients don’t realise is that having a sperm morphology of only 3% means that of the entire batch of sperm, only 3% are classified as normal and so all the rest (97%) are abnormal. That means they have two tails or two heads or are malformed in some way.  That’s a lot huh! This makes getting pregnant naturally far from easy. If you then combine this with PCOS, endometriosis or just 10 years of being on the pill. It can make getting pregnant very difficult indeed.

When it comes to fertility it is 50% Male and 50% Female. The sperm is still very important. But actually, in almost all cases it’s much easier to resolve male fertility because it is, just the sperm. With women’s fertility, there are so many different factors that make up their 50% ie: The hormones, the blood supply to the uterus, ovulation, egg quality, and the fallopian tubes etc.

Sperm is easy to fix, here’s how…

What’s totally brilliant about sperm is that a new batch is made every three months, so actually, it’s really easy to improve. If a man adjusts his lifestyle and improves his health over a 3 month period I categorically know that if you check his sperm levels again at the end of the 3 months it WILL be better. I’ve seen it so many times now.

To put this all in context here are some statistics on sperm levels, A widely cited study 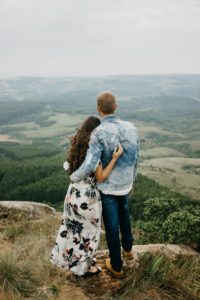 published in 2017 by researchers from the Hebrew University and Mount Sinai’s medical school found that among nearly 43,000 men from North America, Europe, New Zealand, and Australia, sperm counts per milliliter of semen had declined more than 50 percent from 1973 to 2011. And not only that, “but total sperm counts were down by almost 60 percent: We are producing less semen, and that semen has fewer sperm cells in it,” wrote Daniel Noah Halpern.

When Halpern asked several scientists why, they presented a united front: It was the unprecedented amount of chemicals now routinely entering the human body. “There has been a chemical revolution going on starting from the beginning of the 19th century, maybe even a bit before,” one biologist told Halpern, “and upwards and exploding after the Second World War, when hundreds of new chemicals came onto the market within a very short time frame.”

Recently a couple I had been treating got in contact to tell me they were pregnant (the best part of my job is receiving this news). I wanted to share their story with you in this post because it is a clear example of how sperm can improve significantly.

The couple were in their late 30’s when they first came to see me. They had been trying to conceive for 4 years. They’d tried 5 rounds of Clomid and 2 rounds of IVF which all had failed before coming to see me. They completed my 4-month treatment programme, then when they didn’t fall pregnant naturally they went back and did IVF again a couple of months later and this time it worked first time. Before starting the treatment the man got his sperm checked again and found massive improvement in his results. His sperm count went from 12 million (before my treatment) to 45 million after my treatment. Here is their story in their own words:

“We found Cassie online having endured a second failed round of IVF. As a couple we were in the ‘unexplained’ category and were feeling pretty lost.
It was technically possible for us to conceive naturally, but my sperm wasn’t exactly super-charged (more super relaxed).

I had tried abstaining from alcohol and making some small ad-hoc changes to my lifestyle in the past, but the tinkering around the edges didn’t really do a tremendous amount for my count, which at its highest was 20 million and averaged 12 million.

We had a pretty honest consultation with Cassie at the outset, and spoke with her nutritionist too. My outlook on lifestyle and nutrition changed overnight. I stuck to Cassie’s remedies and herbs, and on the dietary front shifted the emphasis from managing the bad, to maximising the good. In addition, I stopped using a coal tar shampoo which I’d used for years and started using a natural alternative instead.  I also started to exercise a little more – I found I had far more energy and, importantly, a more positive outlook. It all went hand-in-hand.

A couple of months following Cassie’s treatment programme we still hadn’t conceived naturally, but when we checked, my sperm count had increased three-fold and we were in a much better place to try with IVF again. There were marginal gains in the morphology, but the headline news was the count.

We went back for another round of IVF in much better physical and mental condition, and were (thankfully) successful this time.”

This is such a great example of how sperm can improve significantly in a relatively short space of time given the right support homeopathically and through lifestyle changes.

From my perspective, the best way to improve sperm levels is to have individualised homeopathic treatment. If you would like to book in a free 30minute chat with me to discuss this in more detail then please get in touch.

However, in the meantime here are my 10 top tips for improving sperm, these are all things you can start doing straight away: 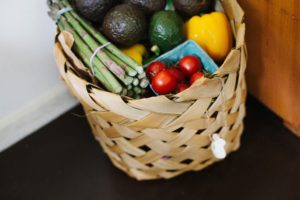 1. As mentioned above chemicals are an issue for sperm.  Mainly because they are mimicking hormones inside the body which is disrupting the natural balance. Stop using plastics as much as possible especially food trays and drink bottles.  Switch to natural shower / bath products, skin care products and cleaning products etc. Also switch your food to organic so as to avoid all the pesticides.

2. Improve your diet ie: cut out all processed foods, sugar and white carbs. Start eating at least 7-10 vegetables a day and 2 pieces of fruit. Drink at least 2 litres of water a day and chew your food properly

4. Unplug from the internet as much as possible.  Stop carrying your phone in your pocket near the genital area and don’t use your laptop on your lap. Also avoid using your mobile phone as an alarm, leave it downstairs to charge on aeroplane mode overnight.

5. Take supplements to help your body produce better sperm. A good general sperm support supplement I recommend is the Biocare ASC plus

6. Get yourself checked for STD’s as these can lie undetected in the body and can negatively impact your fertility.

8. Get sunshine on your skin.  Many people eat at their desk but I recommend leaving your desk and eating your lunch outside.  This will help you get the additional vitamin D from the sun through your skin. 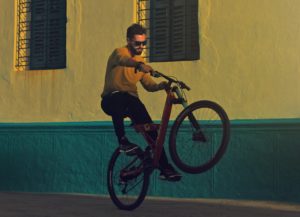 9. Reduce drinking alcohol as much as possible (ideally stop altogether for 3 months).  Alcohol is very harmful for sperm health.  Ideally, quit smoking and drinking coffee which has been shown to reduce sperm by 50%

10. Pay attention to sources of heat on the genitals.  This is because the sperm is held outside the body, which means they are more susceptible to the damage of heat. ie: avoid baths, sauna’s and heating the genitals with excessive cycling.

I had a client who worked in a bakery, he was constantly opening giant oven doors onto his genital area. When tested, his sperm was terrible. He switched his roles at work so he wasn’t exposed to so much oven heat and his sperm improved tremendously.

For more information on how I can help improve your sperm with individualised homeopathic treatment, do get in touch.