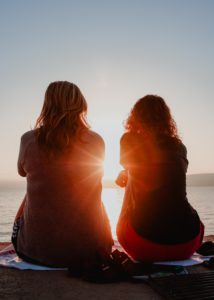 that they have also been diagnosed with PCOS at some stage.

What I have observed over the years is that these women have a few commonalities in their history including, skin discoloration – light brown areas that are referred to as cafe au lait skin.  A history of glandular fever in their medical history, an appearance of moles and naevi and cancer in the family medical history.

PCOS affects up to 10 % of all women of childbearing age.  75% of women with irregular menses will have PCOS.  It only affects women and may be inherited.  Symptoms usually begin when the periods first start.  Often the periods start earlier in these women but not always.  Sometimes the symptoms can start later in life, especially after substantial weight gain.

Having treated PCOS for many years now, I can see its an endocrine issue far-reaching beyond the reproductive system.  This means it has implications for the Liver, Pancreas, Blood sugar balance as well as the cardiovascular system.

Generally, the presentation of symptoms, evolves, through the woman’s life.

What are the Symptoms of PCOS?

A woman’s diagnosis is based on a collection of signs and symptoms, not all are present in each case.  These include:

Even if menses occur, these women are unlikely to be ovulating. There is often a Masculinisation in these women.  Men and women actually have the same hormones, just in different proportions, amounts, and sequences.  For women with PCOS, the hormones are skewed toward the male pattern.

So what happens is the womans body starts producing more male hormones (androgens) and the liver function is less capable than average at removing them from circulation.

Its common that tests will often show that the testosterone levels overall are within high limits of normal.  What often aren’t measured is the free testosterone levels.  The Free available testosterone often ends up exceeding normal limits.  This produces symptoms including increased body hair,  acne, and male pattern baldness.

In addition to interfering with ovulation, the hormonal shift makes it harder to stay pregnant, so more miscarriages occur.

With PCOS Insulin is not well regulated resulting in weight gain.  Obesity occurs in 30-75% of these women; which increases in the frequency of diagnosis as their average weight increases.  Often I see that PCOS affects more women who are apple-shaped rather than pear-shaped.  This is because of the body fat distribution.  They will often have high LDL and triglycerides (fats in the blood) and low levels of HDL cholesterol as well as high blood pressure.

And then there may be diabetes…

PCOS is a risk factor that calls for Type 2 diabetes screening.  About a third of PCOS- diagnosed women have impaired glucose tolerance or blood sugar issues.  Up to 10% have type 2  diabetes by their 40s, an unusually high prevalence.  Most may be able to deal with insulin resistance through diet,  but less likely if there is a family history of diabetes.

There is a relationship between sleep – disordered breathing and glucose metabolism.   Even compared with non-PCOS women with the same body mass index, PCOS women are much more likely to have sleep-disordered breathing.  Symptoms include snoring, restlessness, grogginess, daytime sleepiness, depression, irritability and loss of libido.

Common things that I have observed amongst women with PCOS:

Homeopathy can be so helpful to women with PCOS.  I’ve had huge success in treating PCOS and women who’ve been told it’s incurable, have shocked their doctors with the results achieved from homeopathic treatment.

Individualised homeopathic treatment Increases a persons adaptability and decreases their susceptibility.  When you treat the endocrine system as a whole you can overcome the physical pathology of PCOS.

When I work with PCOS, I always individualise the treatment to the person’s unique needs.  However, here are my top tips, things you can do to support yourself straight away:

Why not book a free 30-minute call with me to discuss your PCOS symptoms in more detail.  You can also read my published article on PCOS by reading this blog post.