Women are often told that their fertility drops like a stone as soon as they turn 35; but is that true?

Women are also told that they will run out of good enough eggs; but is that true also?

Your biological clock cares far more about the quality of your environment and the number of stressors placed upon you than it does about the chronological passage of time. With the right environment, it is entirely possible to retain healthy ovaries and produce new, healthy eggs well into your late 40s and beyond.

Regardless of popular opinion; you do not run out of eggs! 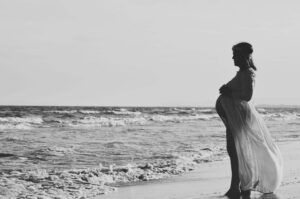 Animal research showed years ago that new eggs appear in the ovaries of adult female mammals. In 2004, Scientists from Harvard Medical School noticed this phenomenon in mice. As this finding polarised the scientific community, it inspired further research, including a similar study done in 2013 on Prosimian Primates. Again, it was observed that the adult females of the species produced new eggs throughout their adult life. In 2016, during a trial for a chemotherapy drug called ABVD, it was “accidentally” discovered that humans possess this same ability to develop new eggs.

This should not come as a shock, considering that other mammals also show this ability. Yet the dogma perpetuating the idea that females are born with a finite pool of eggs set to run out is still being taught to girls and women everywhere.

Another popular idea bounded around is that your eggs age and decrease in quality as you get older….

Dr Ray Peat writes in his book “From PMS to menopause: Female Hormones in Context” about several experiments (eg: Maternal ageing and embryonic mortality in the rabbit” by R R. Maurer and R.H Foote, 1971) showing that old animals keep producing eggs even after they become infertile. If one of the eggs from an infertile, old animal is fertilised and transplanted into a young animal, the egg implants itself and grows into a healthy offspring.

This experiment above shows that is not the eggs that age and cause infertility. In reality, infertility is not caused by the “running out of eggs” or ageing eggs. It’s caused by stress! Stress causes the environment of the mother’s uterus to become unsuitable for the implantation and development of new life.

What is stress and how does it affect your fertility?

In short, stress can be described as any stimulus or challenge that your body faces that it doesn’t have enough resources to deal with.

If cortisol, the main hormone of stress, remains unopposed, it will drive an increase in oestrogen. Oestrogen directly lowers thyroid function. Low thyroid function results in an excessive loss of carbon dioxide (CO2). A phenomenon called “The Bohr Effect” shows that without sufficient CO2 in the body, cells cannot use oxygen. Thus, high stress = hypoxia (low oxygen) in the cells.

As such, ageing and loss of fertility are driven by excessive stress and excessive oestrogen, rather than the chronological passage of time.

Does everyone age at the same rate? Is everyone the same degree of ‘old’ at age 30 or 80? Not from what I’ve observed. Some people clearly age faster than others. This is because ageing is the accumulation of all the unopposed stressors that we face. If we were to put this into a simple formula, it would look like this:

The reverse of that equation can be applied to regeneration:

Thus, how fast (or slow) you age is determined by the conditions of your environment. This includes diet, the quality of your relationships, psychological stress, a toxic environment, chemical exposure, sleep, and any other factors that either add to or take away from balanced health.

A favourable environment can directly slow, pause, or even reverse ageing. 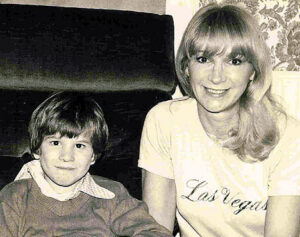 In this photo, Dawn Brooke (70 years old at the time of the photo being taken), with her 10-year-old son, whom she gave birth to at 59 after conceiving naturally. She is known as the oldest mother of our time to have a natural pregnancy.

Dr Ray Peat has observed that giving substances that oppose oestrogen and cortisol, such as Vitamin E and Progesterone to (chronologically) old animals, prevented them from going into menopause and kept them fertile and reproducing into old age. Despite being chronologically old, biologically these animals remained young.

“It is now established that ageing animals, at the time they become infertile, are deficient in progesterone, but still produce oestrogen. Even in young individuals, when stress occurs around the time of ovulation, interference with progesterone production will prevent implantation. If progesterone becomes deficient after the embryo has become implanted, miscarriage occurs” – Dr Ray Peat (From PMS to Menopause: Female hormones in context).

Dr Ray Peat’s work mentions how some of a women’s first eggs will die off through apoptosis and will be replaced by new eggs created later in life. But if those new eggs are being created when the mother’s cellular environment is no longer optimal, the eggs will not be as optimal either. But all cells in the body influence each other, which is why in the animal studies an egg from an older animal was able to grow into a healthy offspring in a young animal. So how this differs from the mainstream view is that a women’s fertile span is not predetermined at birth by the number of eggs that she has but rather determined by environmental factors.

This literature is saying that menopause is not brought on by running out of eggs. Rather, it is brought on by the deterioration of the mother’s cellular environment over time and the subsequent failure to produce progesterone and create an adequate environment for implantation. Whether this deterioration happens at age 20, 30, 50 or 80 largely depends on environmental factors. This is saying that menopause isn’t entirely out of a women’s control. So the fertility span isn’t directly defined by the number of eggs we are born with. It can be shortened or lengthened through lifestyle choices.

Ways to improve your environment and reduce stress:

If you are interested in finding out more about how I work, click here to get in touch.