Could Apple cider vinegar be a natural remedy for PCOS symptoms? 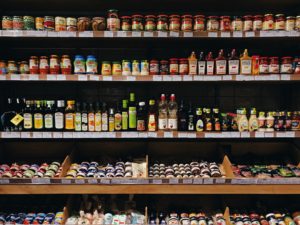 Apple cider vinegar (ACV) has been available in health food stores for decades. Who knew it was a wonderful hormone balancing remedy and a great natural remedy for PCOS.  ACV is made from twice fermented apples. It has a distinctive sharp taste that makes a great addition to salads, sauces, and casseroles.

During the fermentation process, acetic acid is produced, which is what gives ACV its tart flavour and pungent smell.  Other constituents of vinegar include: vitamins, mineral salts, amino acids and polyphenolic compounds.  Raw and unfiltered AVC also contains “the mother”, a mix of proteins, bacteria and enzymes (similar to the symbiotic culture of bacteria and yeast in kombucha), which is known as a great digestive aid and prebiotic.

In addition to being a great kitchen ingredient, there are countless stories from people using it as a health tonic.  They use it to help with a wide range of issues from digestion, detoxification, joint pain, and weight loss. However, it can also help with hormone balancing and PCOS.

This isn’t a new concept: as far back as 400 B.C Hippocrates, the “father of medicine”, is 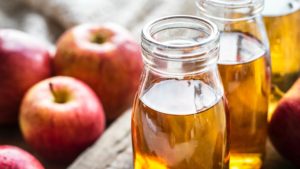 said to have used it for its healing properties and to fight infections.  Modern research agrees with some of these health claims.  For example, the acidity of vinegar gives it antibacterial properties and that it also acts as a digestive aid (mainly by reducing stomach pH).  Of particular therapeutic value in the modern world is the research showing that ACV has anti-glycaemic effect when consumed regularly. 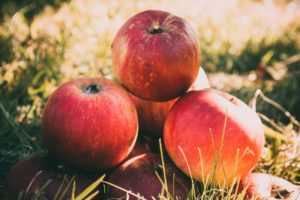 The consumption of ACV just before or with meals has been shown to slow down the rise in blood sugar after the meal in both animals and humans.  In humans, consuming vinegar before a carbohydrate-heavy meal has been shown to reduce the blood glucose response by approximately 20-30 percent.  So why would that be beneficial for balancing hormones? Well, when you balance the blood sugar level in the body, it reduces inflammation, improves oestrogen metabolism and reduces oxidative stress in the body.  A simple, cheap and easy natural remedy for balancing hormones and supporting the treatment of PCOS, cool huh!

It is not known how vinegar balances blood sugar levels.  One theory is that it might interfere with carbohydrate metabolism and slow down the breakdown of starches into sugars.  Some research suggests that it reduces the gastric emptying rate.

The beneficial effects of apple cider vinegar on post-meal and fasting blood sugar levels means that you could use it as a natural remedy to help your PCOS symptoms.  Women with PCOS tend to have higher levels of circulating insulin and an increase in insulin resistance.  This also makes their tissues less responsive to luteinising hormone (which control ovulation).   Hence why women with PCOS struggle to ovulate properly/regularly.  So why not give it a try, take 20g of ACV which is roughly the equivalent of 1-2 tablespoons of liquid ACV.  Dilute it with water and drink it just before a meal.